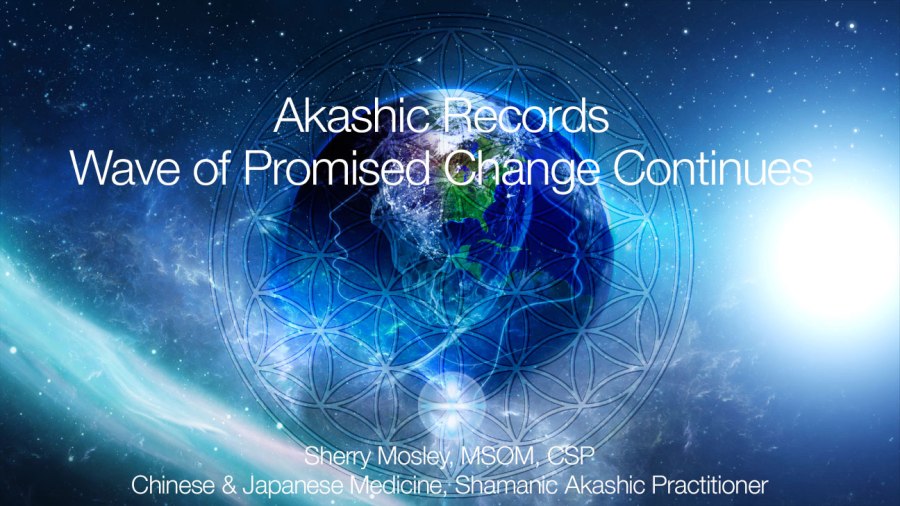 Here we are in THE changes of the Akashic Record Wave of Promised Change article I’d submitted this last September of 2016. This is a follow up to that about what changes are seen coming for humans, their bodies and their consciousness in 2017 which was also a part of an interview I did with Candace Craw-Goldman at Quantum Healing and Beyond.

There are no “must dos” or “have to”. This process is a chosen gift by the higher consciousness known as God/Source/All That Is and those that help us align with that is as they have already taken this leap out of higher consciousness choice to be able to see and be who they truly are while here in this dimensional reality. This is a choice, again. Many choose to NOT do this and this is ok and allowed but for those who are choosing to embark on this their path of light there are many magnificent changes to come this year.

Many will develop or align with their latent telepathic abilities so they can now communicate more freely with each other and the collective consciousness. Only those who have released enough and are out of control of ego will be given such abilities so as to do so out of love for your fellow being and to work in quicker ascension of the whole who has chosen to ascend at this time.

There will be changes in the body such a lightness, a feeling of fullness and joy unparalleled to what has been experienced before. All of this is contingent upon how much fear an individual has released but the potentials for the end of this year in particular are quite astounding to free oneself out of third dimensional guided life consciousness to fifth dimensional guided life consciousness.

Again all of this is a choice. Each will receive what they are ready for.

There is no “punishment” for those who choose other. They will just remain in the vein of life they themselves have chosen or elected to live outside of the ascended collective consciousness. This shift is coming this Fall and will be brought into final alignment come January. So embrace the changes now and go with your highest and best as best you can.

These beings will all still live side by side but just as parallel dimensions do. You can see them but you don’t have to engage in feeling them or being in them and can see them as another density outside of yours. This is a new 5th dimensional gift for those crossing over.

I also received a Light Language transmission for DNA upgrades and guidance for the coming changing energies with more to come:

Learn how to start your spiritual journey and ascension process, access your own Akashic Records and more in my book Akashic Enlightenment Akashic Records & Book of Truth for Divine Knowledge, Healing, & Ascension: A Tale and Gateway to the Cosmic Laws and Produciaries of Love and Light as Seen in the Great Elohim